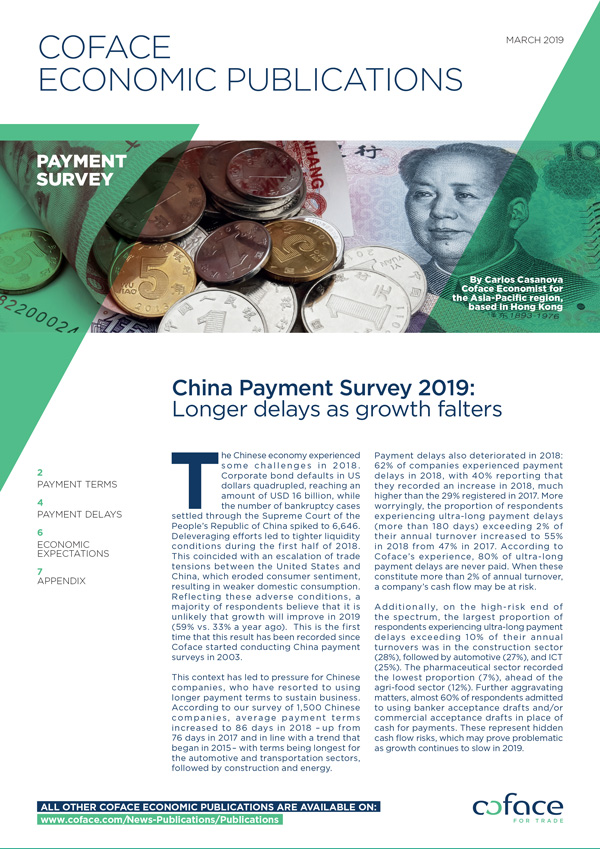 The Chinese economy experienced some challenges in 2018. Corporate bond defaults in US dollars quadrupled, reaching an amount of USD 16 billion, while the number of bankruptcy cases settled through the Supreme Court of the People’s Republic of China spiked to 6,646. Deleveraging efforts led to tighter liquidity conditions during the first half of 2018. This coincided with an escalation of trade tensions between the United States and China, which eroded consumer sentiment, resulting in weaker domestic consumption. Reflecting these adverse conditions, a majority of respondents believe that it is unlikely that growth will improve in 2019 (59% vs. 33% a year ago). This is the first time that this result has been recorded since Coface started conducting China payment surveys in 2003.

The big switch: rewiring the world?