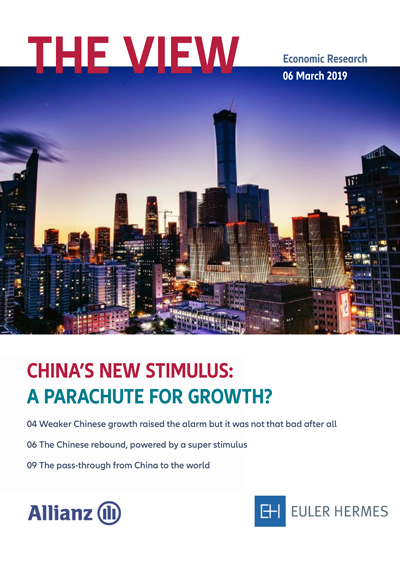 On 5 March 2019, at the key annual session of the National People’s Congress, China’s top legislature lowered the country’s economic growth target for 2019 to 6.0%-6.5%. It also announced a significant fiscal package of RMB4.15tn (5% GDP), including tax and fee cuts (RMB2tn) and infrastructure spending (RMB2.15n). These developments came as a response to the slowdown in China, and on top of an already generous, targeted and quite innovative monetary stimulus, composed of both cuts in rates, and non-traditional measures to increase lending to small and micro business by 30% in 2019.