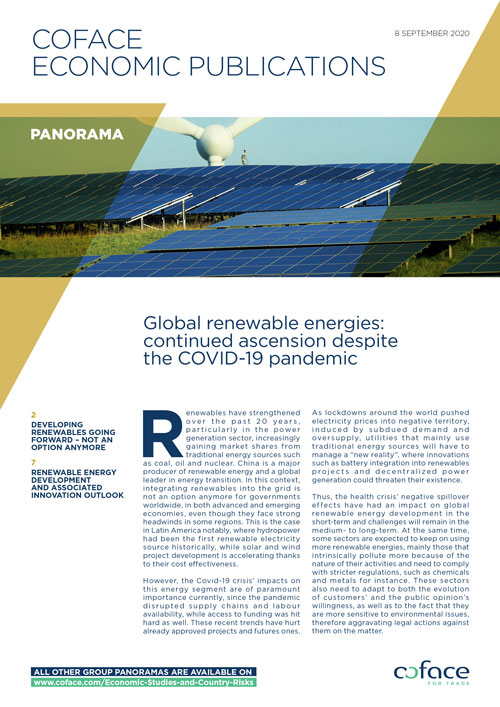 Renewables have strengthened over the past 20 years, particularly in the power generation sector, increasingly gaining market shares from traditional energy sources such as coal, oil and nuclear. China is a major producer of renewable energy and a global leader in energy transition. In this context, integrating renewables into the grid is not an option anymore for governments worldwide, in both advanced and emerging economies, even though they face strong headwinds in some regions. This is the case in Latin America notably, where hydropower had been the first renewable electricity source historically, while solar and wind project development is accelerating thanks to their cost effectiveness.

ECB: talking the talk, before walking the walk in December
Recevez notre Newsletter