The cost of division on economic growth – AU Group 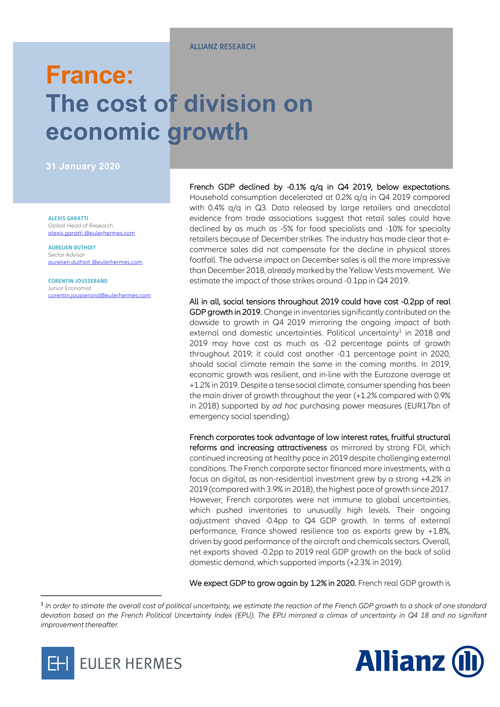 French GDP declined by -0.1% q/q in Q4 2019, below expectations. Household consumption decelerated at 0.2% q/q in Q4 2019 compared with 0.4% q/q in Q3. Data released by large retailers and anecdotal evidence from trade associations suggest that retail sales could have declined by as much as -5% for food specialists and -10% for specialty retailers because of December strikes. The industry has made clear that e-commerce sales did not compensate for the decline in physical stores footfall. The adverse impact on December sales is all the more impressive than December 2018, already marked by the Yellow Vests movement. Euler Hermes estimates the impact of those strikes around -0.1pp in Q4 2019.