What drives the ECB? An Augmented Taylor Rule for the Eurozone – AU Group 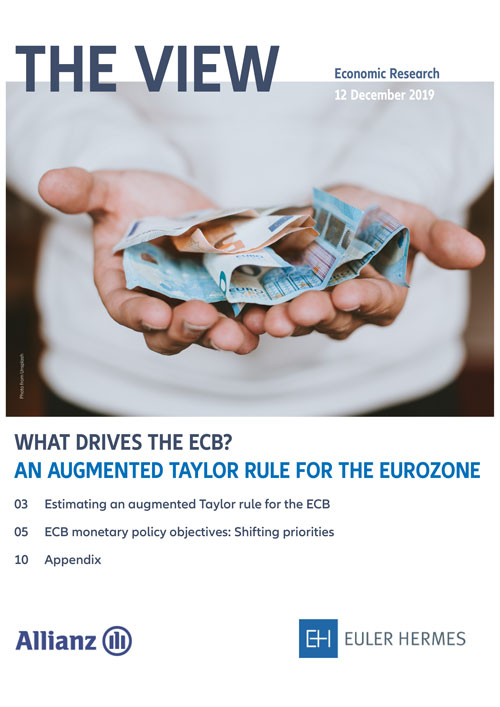 The European Central Bank’s primary task is the pursuit of price stability, which is defined as inflation rates below, but close to, 2% over the medium term. Euler Hermes’ analysis shows that inflation and output gap considerations explain half of the ECB’s monetary policy stance over the past decade. However, from 2016 onwards, output and inflation gap measures alone struggle to explain the ECB’s increasingly accommodative monetary policy stance in a standard Taylor Rule.

Is China winning the insurtech race?