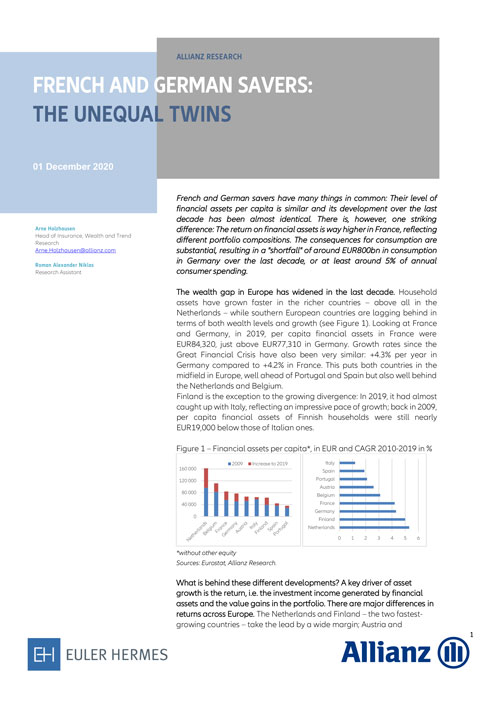 French and German savers have many things in common: Their level of financial assets per capita is similar and its development over the last decade has been almost identical. There is, however, one striking difference: The return on financial assets is way higher in France, reflecting different portfolio compositions. The consequences for consumption are substantial, resulting in a « shortfall » of around EUR800bn in consumption in Germany over the last decade, or at least around 5% of annual consumer spending.

Global sovereign debt market: not seeing the trees for the forest