Netherlands: what is the secret of Dutch trade? – AU Group 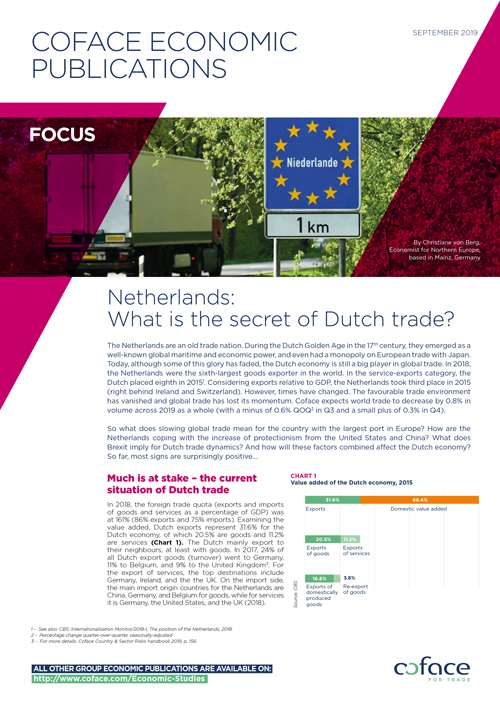 The Netherlands are an old trade nation. During the Dutch Golden Age in the 17th century, they emerged as a well-known global maritime and economic power, and even had a monopoly on European trade with Japan. Today, although some of this glory has faded, the Dutch economy is still a big player in global trade. In 2018, the Netherlands were the sixth-largest goods exporter in the world. In the service-exports category, the Dutch placed eighth in 2015. Considering exports relative to GDP, the Netherlands took third place in 2015 (right behind Ireland and Switzerland). However, times have changed. The favourable trade environment has vanished and global trade has lost its momentum. Coface expects world trade to decrease by 0.8% in volume across 2019 as a whole (with a minus of 0.6% QOQ in Q3 and a small plus of 0.3% in Q4).

The “Made in Russia” strategy: a limited instrument for economic diver...
Recevez notre Newsletter