U.S. & Eurozone Corporates: where is the FED? – AU Group 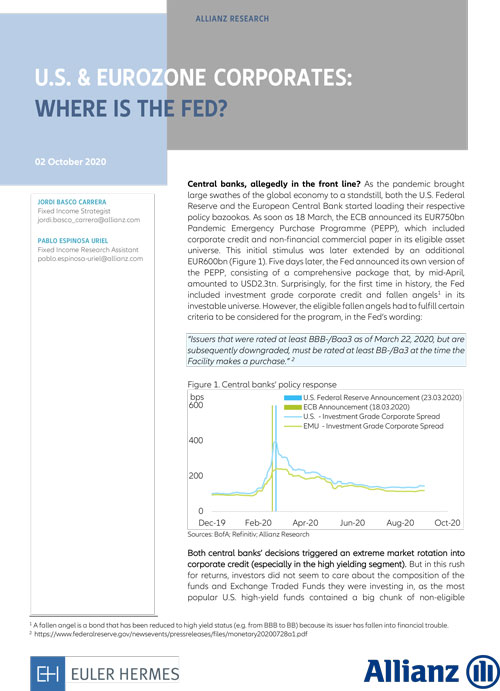 Central banks, allegedly in the front line? As the pandemic brought large swathes of the global economy to a standstill, both the U.S. Federal Reserve and the European Central Bank started loading their respective policy bazookas. As soon as 18 March, the ECB announced its EUR750bn Pandemic Emergency Purchase Programme (PEPP), which included corporate credit and non-financial commercial paper in its eligible asset universe. This initial stimulus was later extended by an additional EUR600bn (Figure 1). Five days later, the Fed announced its own version of the PEPP, consisting of a comprehensive package that, by mid-April, amounted to USD2.3tn. Surprisingly, for the first time in history, the Fed included investment grade corporate credit and fallen angels in its investable universe.