Will the Chinese consumer save the world? – AU Group 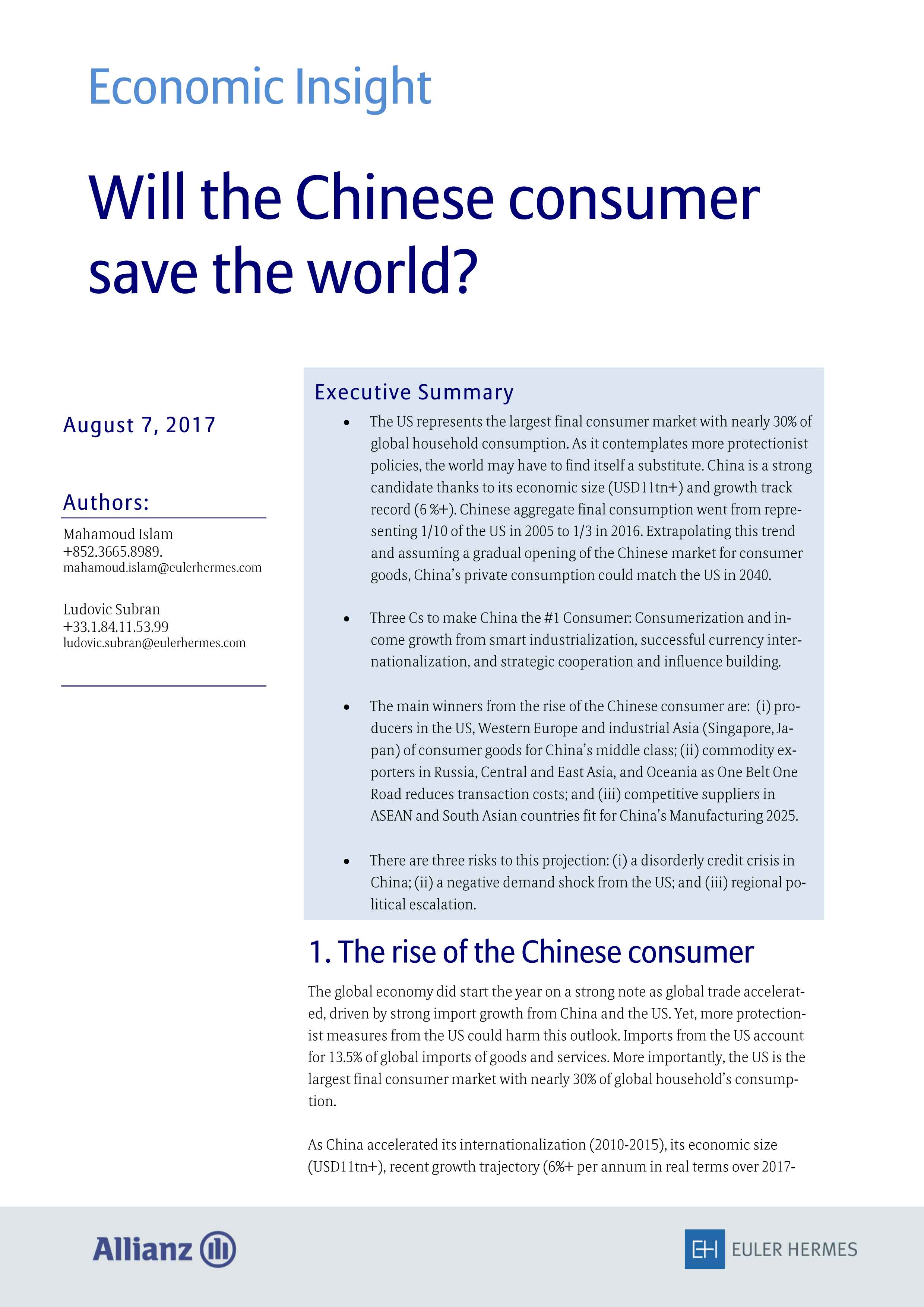 China might replace the US as larget final consumer market since the implementation of more protectionist policies under Trump’s government. China’s private consumption could match the US in 2040. This would benefit producers in the US, Western Europe and industrial Asia, as well as commodity exporters in Russia, Central and East Asia and competitive suppliers in ASEAN and South African countries.