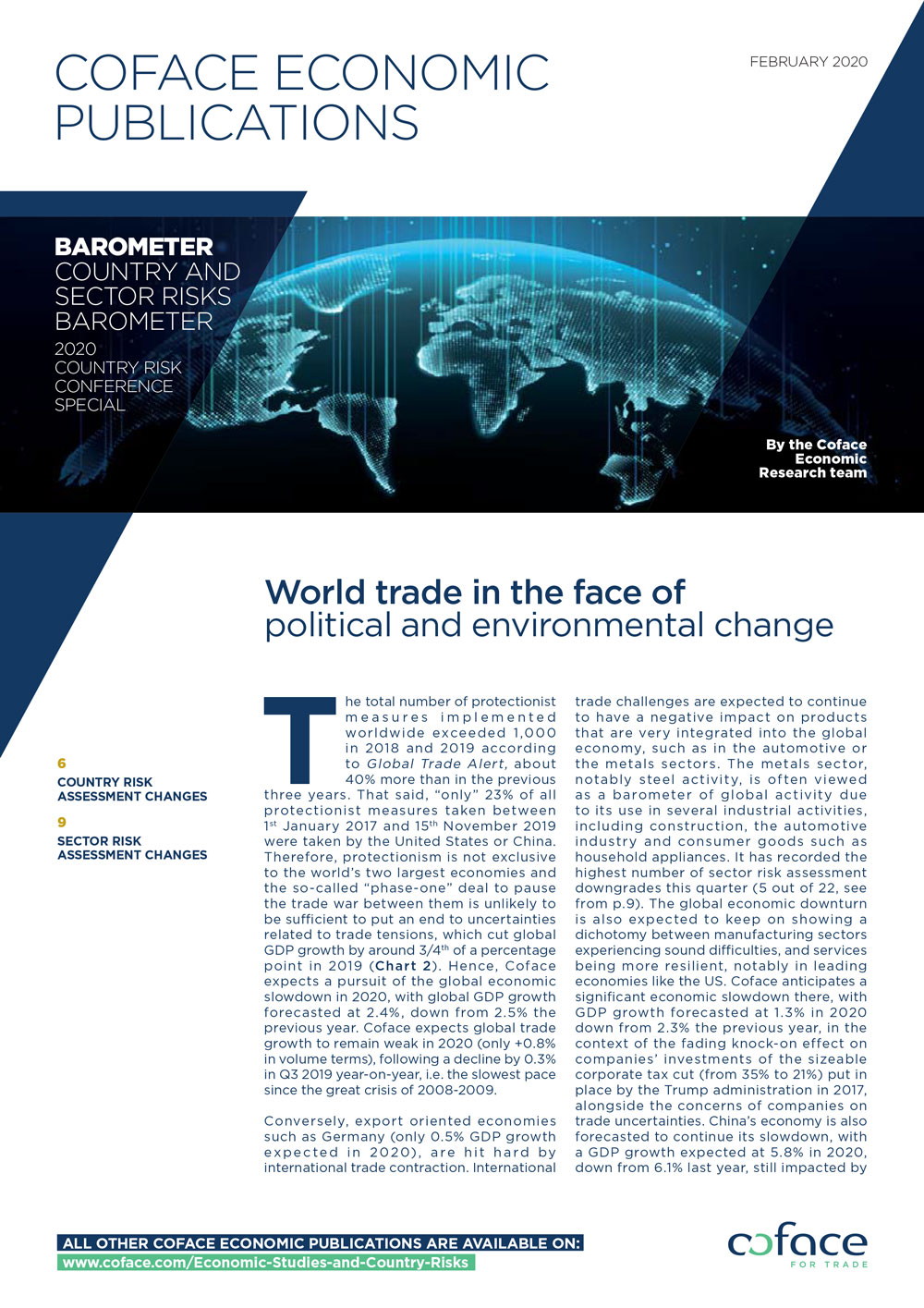 The total number of protectionist measures im plemente d worldwide exceeded  1,000 in 2018 and 2019 according to Global Trade Alert, about 40% more than in the previous three years. That said, “only” 23% of all protectionist measures taken between 1st January 2017 and 15th November 2019 were taken by the United States or China. Therefore, protectionism is not exclusive to the world’s two largest economies and the so-called “phase-one” deal to pause the trade war between them is unlikely to be suffi cient to put an end to uncertainties related to trade tensions, which cut global GDP growth by around 3/4th of a percentage point in 2019. Hence, Coface expects a pursuit of the global economic slowdown in 2020, with global GDP growth forecasted at 2.4%, down from 2.5% the previous year. Coface expects global trade growth to remain weak in 2020 (only +0.8% in volume terms), following a decline by 0.3% in Q3 2019 year-on-year, i.e. the slowest pace since the great crisis of 2008-2009.

Is Germany a “stranded” economy?

In or out? Measuring the Euro break-up risk
Recevez notre Newsletter